Audrey’s blog, Lose Weight by Eating, has received over 6 million hits in less than two years and has a Facebook following of over 100,000. Her healthy recipes and weight loss advice has helped thousands lose weight naturally while eating great tasting food. 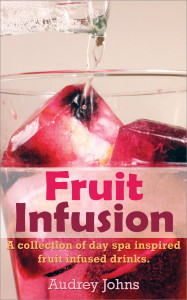 In June of 2013, Audrey released her first cookbook  FRUIT INFUSION: A Collection of Day Spa Inspired, Fruit Infused Waters on Amazon Kindle. The book consistently ranked in the top 10 of it’s category on Amazon, and has been downloaded by thousands of readers. In December 2014 the paperback version of her cookbook was released.

Audrey has produced several cooking demonstration videos for eHow, the largest how-to site on the web. These videos highlight her natural on-screen persona and have helped thousands to lose weight and eat better.

Audrey was featured on The Doctor’s 2014 season premier television show on CBS!